a study of american mass media and the commodification of women 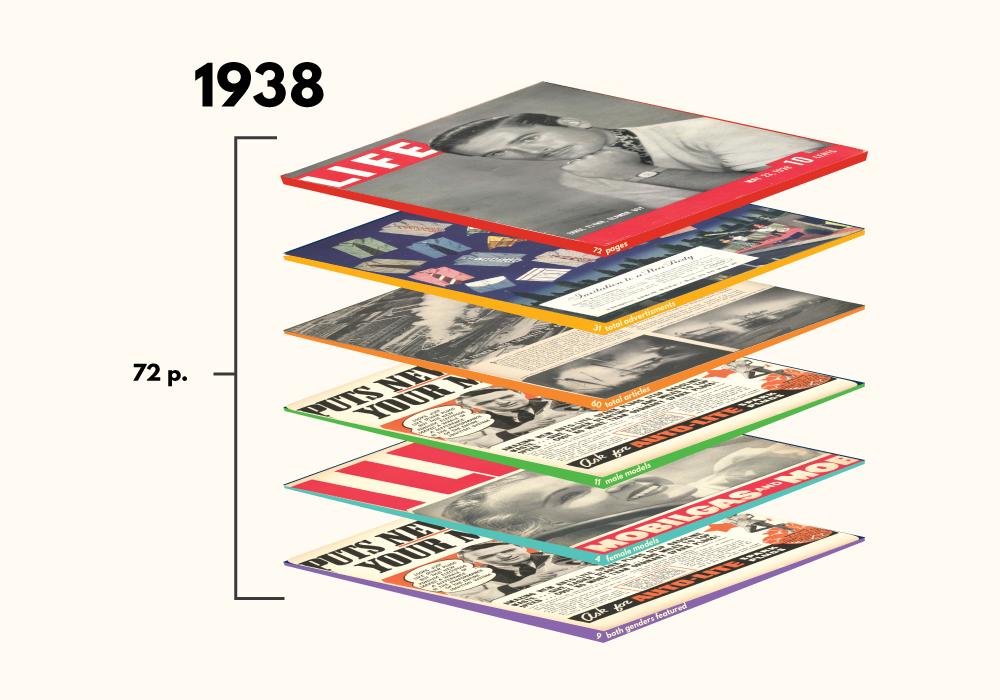 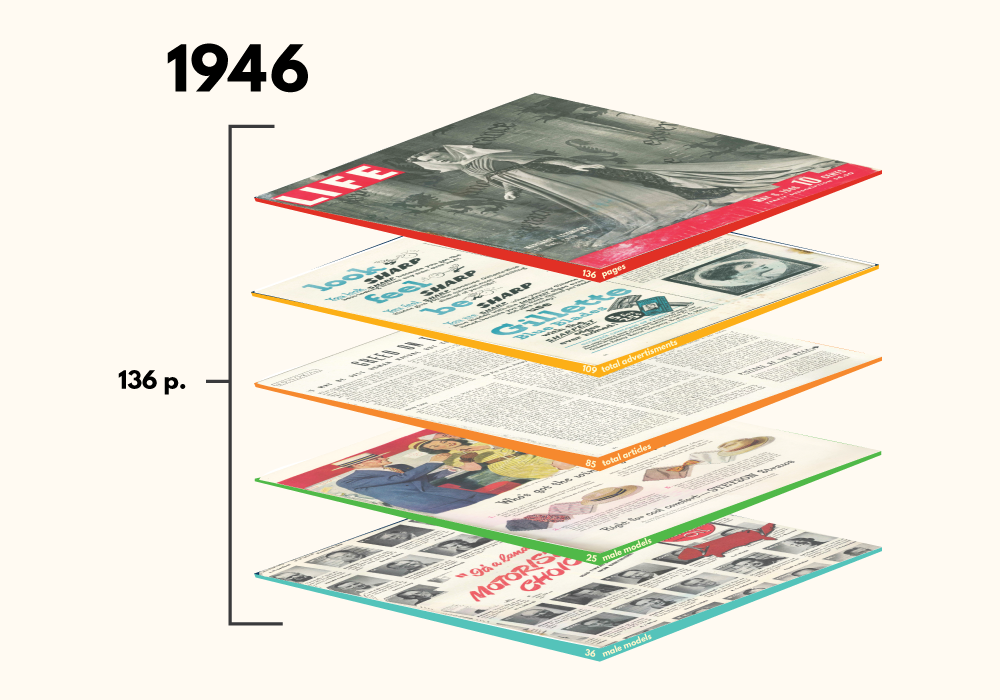 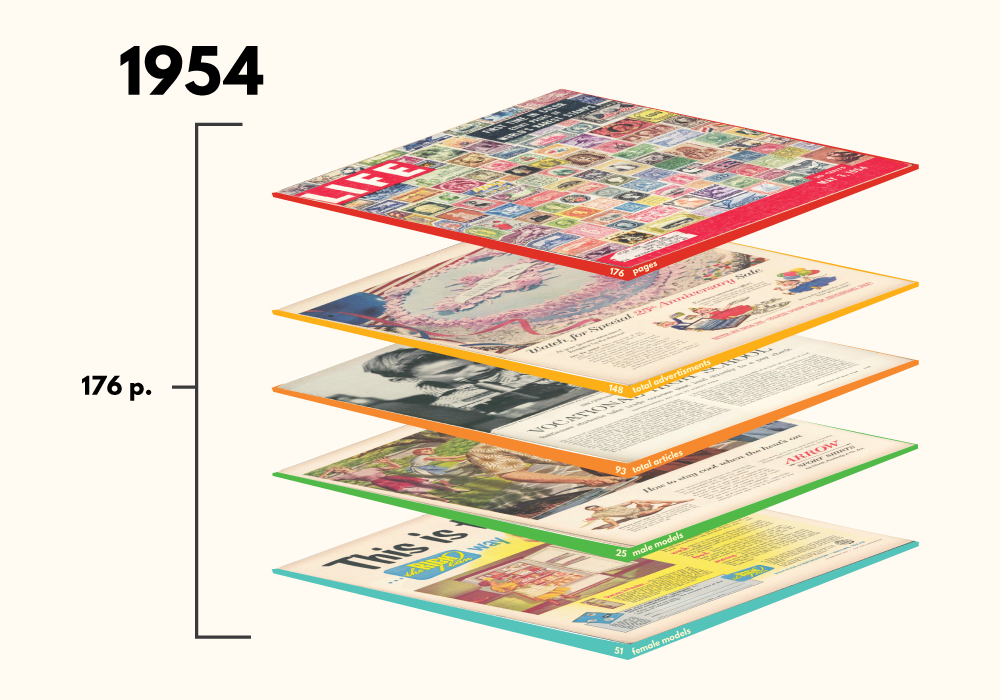 This is a study on the content of three LIFE magazines from the month of May, eight years apart. I wanted to understand when the shift from advertising to the general public shifted to a more concerted mass media campaign towards women. Also, I wanted to understand the advertising makeup of the magazines I was gathering all of my source material from. By 1954, out of the 176 pages in the magazine, there were 55 more pages of advertisements than articles, making LIFE a true vehicle for mass media consumption. We can see that by the mid-1950s, the magazine had doubled in size, while also featuring women in advertisements more often than men or both genders combined. This also shows how the materialistic nature of our society grew rapidly in the post-WWII era.